Experts for Custom Gearboxes – For More Than Half a Century 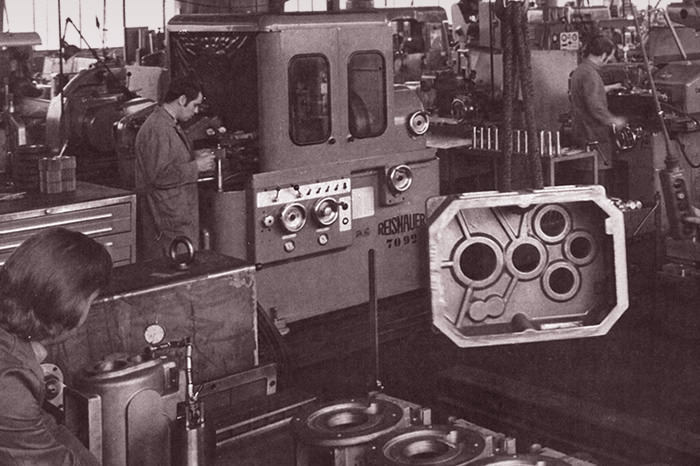 Over the years, a wide range of technologically advanced gearbox applications for many different industries has developed. To the present day, RSGetriebe customers get well-engineered solutions, designed and manufactured in-house.

The Riedel AG begins to manufacture the Imme R 100

After production of the Imme is discontinued, the company changes its name to „Philipps Getriebebau“, and under the leadership of Fritz Philipps and later Karl-Heinz Philips, primarily supplies customers in the machine tool industry

Gerhard Beer heads the company now known as „RS Antriebstechnik GmbH“ and in 2007 relocates the company from Immenstadt to a new, state-of-the-art production and administration building in Sonthofen

The gearbox manufacturer becomes part of the owner-managed HerkulesGroup. The company becomes the centre of expertise for gearbox engineering and now operates under the name RSGetriebe GmbH